The extended periods that many crews have had to spend onboard has been a health and fitness boost to some, and a real problem to others. The fact that we saw a rise in the happiness data appears to stem from the number of seafarers who have reported making a decision to throw themselves into losing weight or becoming fitter.

There were repeated messages from those who said that going to the gym, or even fashioning ad hoc exercise equipment has been something which has really helped them to cope with the problems onboard. “Making a punch bag from canvas and rags has helped me to take my frustrations out”, said one industrious crew member.

Unfortunately, not all have been so fortunate. There has also been a problem on vessels in which group activities such as basketball have been stopped due to demands for social distancing. This has been a cause of much irritation for many, and respondents spoke of life onboard being challenging enough without the positive things about being at sea being taken away.

For many it seems the relentless pace of work has not let up, even though they have been onboard for extended periods. This means that seafarers often say they feel too fatigued to pursue any activities or exercise. With too few people to do too much work, there does not seem time for exercise. “Life is about work, not working out”, said one.

This is your chance to share your views. Fill it in every trip, and let shipping know the realities - good and bad of life at sea. 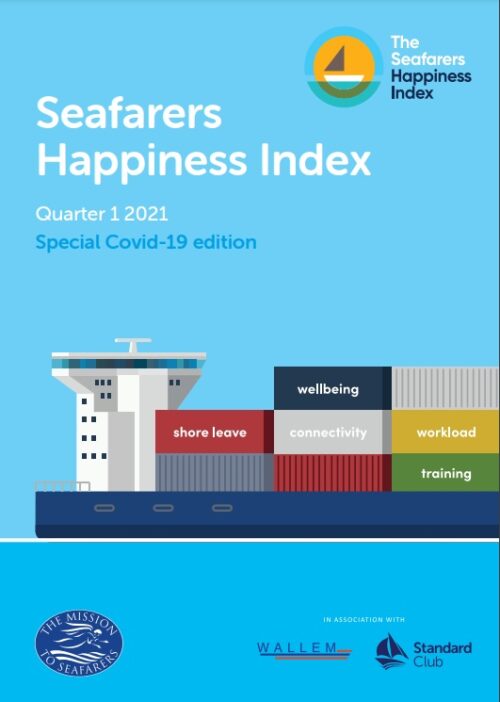 Take the Seafarers Happiness Index survey now - and share your thoughts on life at sea today.